I live in a very small, culturally diverse neighborhood. This has become true over the past 15 years. My recent frustration with late-evening yard parties blaring music that makes me question where I am, led me to some wrestling with the idea of diversity and its value in a Christian context.

Growing up back in my rural community, there was no real diversity. Most folks were some measure of kin. Even in our strictly black-or-white communities scattered across the county, many of us were kin. We went to the same schools, we all went to church regularly (many varieties, but 99% Christian churches), we knew the same people and repeated the same stories. We were, it would seem, the opposite of a culturally diverse community.

Coming from such homogeneity, one might be easily disturbed when diversity becomes one’s neighbor. Or shares a pew at church.

Speaking as someone who came from a homogeneous (but not necessarily unified) background, I can understand the difficulty in transitioning into a diverse landscape. Speaking as a girl who challenged homogeneity and created her own brand of diversity, I can also see the value of that transition.

The journey toward diversity is ideally a journey that culminates in true unity and not diversity for diversity’s sake.

Perhaps a homogeneous neighborhood or faith community gives a false sense of unity. Perhaps, until your surroundings become diverse, you aren’t challenged to find true unity with your neighbors. Or the person on the other side of the sanctuary. Perhaps true unity exists underneath a diverse exterior.

True unity requires that we give up our pride in “self” and bear up the dignity of the “other” with the same love we so easily give to those who merely remind us of ourselves.

It’s that time of year again – time to figure out what to give up for Lent. Of course, not everybody does that, but if you live and work around Christians of any variety, you’ll surely run across someone who is abstaining from something you might generally know him or her to enjoy. 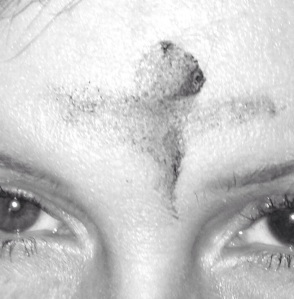 If you ever find yourself interested but in need of help figuring out how to begin the practice of sacrificing something for Lent, then your answers are as close as your computer. Last year as the season of Lent approached, a CBS affiliate in Charlotte, NC published a list of the top ten most popular things Americans give up for Lent. You’ll probably find no surprises there. The list might be helpful or interesting to some. However, the list of things people typically give up doesn’t give good clues about why Christians make these intentional sacrifices for the 40 days before Easter.

And isn’t it more important to know why?

Growing up in rural North Carolina in what I would call a blended Baptist church – mostly Southern Baptist believers with a sprinkling of “charismatics” withholding tongues in public worship – we never talked about or practiced any form of Lenten sacrifice. We didn’t even acknowledge the season of Lent or the liturgical calendar outside of lighting Advent candles during the four Sundays before Christmas. As far as I was led to believe, Catholics worshiped Mary and weren’t even real Christians, so why on earth would we feign interest in following any Catholic practices?

After studying the history of the Church (before and after the Reformation), I find myself in a far more ecumenical place. And I’m so grateful for my fuller understanding of the Christian faith and tradition.

The tradition of fasting in the season of Lent started as early Christians prepared for their baptism, which occurred on Easter Sunday. During those days – not always 40, but always some number – before Easter, new believers fasted and prayed. Other believers joined them as a sign of unity in the Body of Christ. The practice is not mandated in Scripture, however, the tradition is strong and earliest Christian writers documented it. Though details of the practice have evolved across eras and lands and subsets of Christianity, the focus has remained: Lent is a season of prayer, confession, and remembering (or getting ready for) one’s baptism in preparation for the celebration of Easter – a time to acknowledge the mystery and the power of the death and resurrection of Christ and how it impacts our lives.

A large majority of Christians will give up things like Facebook, or soda, or chocolate this Lenten season. And you will likely hear or read some criticism of those supposedly shallow sacrifices. Lent isn’t meant to be a 40-day diet plan. However, if you find yourself addicted to certain foods or substances and feel that this is a great transition period in your faith journey toward a greater consciousness in making healthy, wholesome choices in your physical life as an outward manifestation of increased spiritual devotion, then I say go for it.

I began my Lenten fasting several years ago by giving up certain foods I became convinced were bad for my physical body. And, after Lent was over, it was clear that I had given up those things for life. Even though it involved giving up physical things, I count the practice as spiritual because my purpose was entirely toward being made whole in the fullest sense of the word – mind, body, and spirit – and because I believe God called me into it. It was and is an experience of participating with the universal Christian community and with God Almighty. In other words, the practice of fasting is transformative.

Wherever you find yourself in terms of spiritual growth, give yourself an opportunity to experience transformation through spiritual disciplines such as fasting.

Is something still holding you back? Give it up.