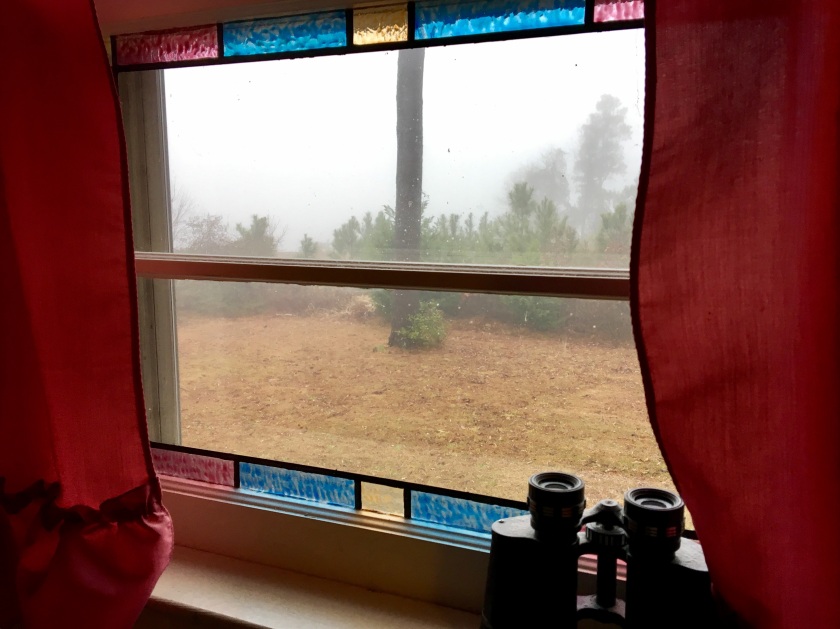 You’ve heard it said that a picture is worth a thousand words. This one is worth millions for me.

It (this picture) seems rather ordinary before hearing the story, so I’ll share it. I have told a few people of what I experienced here, but I have not told most people because it’s one of those stories that make people assume you’re more than just a little eccentric. Let’s go ahead and get one important point made: I believe in the in-dwelling Holy Spirit and I live in submission to that Spirit, meaning, sometimes I see or say things that I don’t fully understand. What I’m speaking of is a sense of being overwhelmed by the omniscient Spirit of God who seeks to share tidbits with me when it’s most needed. With that disclaimer, perhaps my experience (and my interpretation of it) will be a little easier for the 21st century mind to digest.

As difficult as it is to properly capture or describe, I have to document this so that the experience is not lost, for it will likely become an anchor for someone else just as it became an anchor for me.

As my mother’s decline from an ALS-related illness known as bulbar palsy went from bad to worse, my siblings and I developed a care-giving schedule that rotated in ways that each of us could manage so that someone could be with her as we figured out the trajectory and our long-term options for her. Being unable to speak or swallow, Mother reached a point where intervention would become necessary for proper nutritional intake, etc. and she decided against that option. So, as painful as it was (for us), she embraced the path that would lead her to her eternal home. “You’re going to have to let me go,” she said as I explained to her what she must do in order to continue living at home.

Please understand, my mother was also a very Spirit-minded believer in Jesus. She also experienced speaking in tongues and seeing things that we aren’t necessarily supposed to see. She couldn’t wait to finally see Jesus face to face and she showed me a picture of my father (who died in 2004) in his earlier years that she believed he would resemble in heaven. She was ready. And we were trying to stop her from boarding her train.

As hospice became engaged in mother’s end-of-life process, we received her medications to help ease her through her transition late on Saturday night. My middle sister stayed up with her, administering meds and calming her as she attempted to get up, disoriented by the realities of the transition from her physical body into her eternal form. I woke up around 5 a.m. in the living room as I slept in a recliner with my son nearby on the sofa. As I oriented myself to the truth and the gravity of where we all were, I went to Mother’s room to relieve my sister in hopes that she could sleep some. It had been a difficult night. (That’s an understatement.)

As my sister went to join her husband and get some form of rest, I stood in my mother’s bathroom to gaze out of the window. It was pre-dawn, so it was quite dark outside. The view was clear as I looked across the Albemarle Sound. My heart was sad and my mind was numb as I had never experienced death so up-close-and-personal. As I stared across the water, in a prayerful state of mind, yet not conjuring any words, I became aware of a change in one of the lights I was seeing from the other shore. Street lights from the Edenton side had a pinkish-orange hue and were lined up fairly neatly. But one light began to change and grow. It grew into a large circular shape and appeared to be coming toward me as if coming across the water. As it approached and I could see it more clearly (all the while rubbing my eyes and blinking, because surely this was some sort of odd effect I could rinse away), I could see what appeared to be three circles inside the larger light circle, which I interpreted as heads, along with several wing-like shapes, again, to my best ability in interpreting what I was seeing. I remained locked in to the view, while remaining keenly aware of my mother’s breathing and other noises and slight movements she was making. As I stared at this object, I asked (silently to myself) if it/they were coming inside. The response I sensed was that it/they were not coming any closer but that I should understand that they were very close by. With that, I reached my capacity for spiritual encounters and retreated into my mother’s bedroom to stare at her and cry about my own senses of loss and bewilderment.

As the sun rose and I walked back to the window, wondering if there would be some remnant of the earlier sighting, I couldn’t help but notice a pair of binoculars resting there on the ledge. I wondered then if Mother had at some point seen something similar to what I witnessed.

Mother’s death came within 27 hours of this experience. When she passed, I was overcome by the Holy Spirit and mourned and wailed in that “heavenly language” for what seemed like many minutes, but was probably only a few. While it was powerful and emotional, it was also peaceful and affirming for me because I was so aware of Holiness and eternity in that experience. The takeaway for me was a new sense of death and dying that is more exhilarating and less fearful than I previously imagined. The pain from physical loss on this side can be excruciating, but there is definitely something to look forward to on the other side where Jesus has “prepared a place.”

I’m thinking about keeping a pair of binoculars in my own bathroom window, just as a reminder.